The Private Life of Sherlock Holmes

"The Private Life of Sherlock Holmes" (Billy Wilder, 1970) It may be one of the best movies you've never seen. There's no mystery to that; no one's seen the full length version of "The Private Life of Sherlock Holmes." Conceived in the heady days of the '60's, with their roadshow presentations (long ago extinct) that played one theater once a night, and in itself was a full evening's entertainment, "Private Life" was going to be a three hour epic (with intermission) that dramatised four "untold" tales of Sherlock Holmes (Robert Stephens) by his co-hort and longtime companion Dr. Watson (Colin Blakely). But, by the time of its completion, roadshows were no longer good box-office for theaters, Sherlock Holmes didn't seem to appeal to the "young" crowd, and one episode's extensive nudity would have slapped the movie with a restricted rating, further reducing the audience. At the time of "M*A*S*H," would anybody want a three-hour Sherlock Holmes movie?*

So, as sure as Dr. Watson is with a knife, "Private Life" was eviscerated, the prologue and two of its mysteries hacked away (no complete version remains of these sequences), leaving the third (the Russian ballet story) and the post-Intermission grand story involving the Loch Ness monster, the dead parakeets, the monks, and the midgets as the only evidence of the crime. All that's left are scattered clues of a better film—pieces of scenes hidden away in the "Bonus Materials" of the current DVD, collections of pictures with no soundtrack, soundtracks with no pictures. Elements are lost, stolen or strayed. Wilder was heart-broken, saying that the movie felt longer cut down to 2 hours.**

Truncated and compromised as it is, it is still probably the best Sherlock Holmes movie ever made and that includes the quickie Basil Rathbone's, and the BBC series with the inimitable Jeremy Brett (which has a similar love for the arcana and dusty minutiae of the Holmes canon) and the thousand of impostors who are satisfied with merely the deerstalker, the Inverness cape, the mahogany calabash with meerschaum bowl,*** and the fustiness. Though not "official," and certainly having fun with the Great Detective, it still manages to take Conan Doyle's consulting detective and surround him with an engagingly modern story with the benefits of historical hind-sight.

The movie began as a proposed musical to feature Peter O'Toole as Holmes and Peter Sellers as Watson (!!), but over the course of the '60's, the film evolved into the basic Wilder formula of the unmasking of subterfuge and becoming an only somewhat strait-laced series of adventures. The ones that remain have a sub-text of Holmes' sexuality—he uses his co-habiting with Watson as a means to avoid being a "donor" for a Russian ballerina seeking to produce brilliant prodigy, and his seduction (more like playing along) of Madame Valladon (Geneviève Page) to glean more information—both incidents leaving Watson sputtering indignation—that leave the matter, finally, obliquely melancholy.

The mystery of the Madame Valladon, found floating in the Thames, and her missing engineer-husband will consume Holmes for the majority of the movie, his motivations conflicted between curiosity, a sense of justice, enticement of the mystery, his conflicted relations (or lack of them) with brother Mycroft (Christopher Lee), and an odd empathy with Valladon. For Watson, it's a welcome relief from hiding the syringe from Holmes. The solution of it will leave the detective even more conflicted, as his actions create a double negation, sending him back to drugs and questioning his abilities.

Despite not being an official Holmes story, it feels more of a tribute than even Conan Doyle's work, for here the focus is on Holmes and less on the poor innocents whose worlds have been invaded by evil and the un-British. As such, it gives us a peek behind the steel curtain of Holmes' reasoning, to show us a bit of the man behind the detective.

Appropriately, what you find is another mystery.

"The Private Life of Sherlock Holmes" can be seen...for free...on Hulu.com.

* All I need do to point out the efficacy of the character is to say that he's pulling in good numbers for his current TV-show. Holmes doesn't have a TV show? What about the "consulting" physician who can "read" patients and every week has a mystery that even his intellect is challenged to solve, who is a social mis-fit, addicted to narcotics, and has a friend that he sometimes shares quarters with by the name of (ahem) Dr. James Wilson? And as he's not a "Holmes," he's a "House." I'm surprised nobody thought of Hugh Laurie to play Holmes before now? (Probably too identified as "Wooster!")

** It's a strange phenomenon, but it happens—I can vouch for it. Full-length movies that are well-done feel like shorter movies that films that are edited for time. It has something to do with continuity, flow-through of the story-line, cutting rhythm—hard to say. But I do know that sitting through the SIFF premiere presentation of Sergio Leone's "Once Upon a Time in America" in its Paramount studio's strict timeline version seemed interminable, while Leone's original flashback structure, which is a good 45 minutes longer, seems to streak by.

*** Devotee's of the Doyle stories know that Holmes doesn't...and probably wouldn't...use such a pipe, preferring harsh tobaccos that would be disastrously mellowed by the meerschaum bowl. It's only become "the" pipe for Holmes (it's even used in this film's poster!) due to the stage and filmed versions of the Holmes character. Blame William Gillette.

Interesting post. There are some who believe that there are still one or two prints of the larger version out there. It was shown in test screenings, and so there were some prints floating around.

If your readers are interested in things, Holmesian, I have just re-released my long out-of-print Holmes pastiche, THE PANDORA PLAGUE in an enlarged and annotated version available at Amazon.com. It tells of the first association of Holmes, Watson, and magician Harry Houdini. Check it out: http://www.pandoraplague.com!

There may be, but the evidence on the DVD leads me to the conclusion that there isn't--too many elements have been severed and strewn through too many locations, making the extras section feel quite...elementary. (Sorry)

Thanks for posting, Lee. And congrats on the book! Don't make me feel like Leno and Letterman, though, and only stop by when you've got something to promote.

While I like the Wilder & Diamond film and would LOVE to see the thing restored, I wonder why THE SEVEN PER CENT SOLUTION is not getting a new DVD release. It has been unavailable for quite awhile, and it had a bad print as its source. So it is really a candiddate for a restoration. Know anything?

Not a thing, haven't seen it since it was in the theaters. But, as it wasn't a big success and didn't boast big stars (just Vanessa Redgrave, Laurence Olivier, Alan Arkin and Robert Duvall--and a rare screen appearance by Nicol Williamson, fer cryin' out loud!), I'd say the chances are slim...unless a cult following for Herbert Ross films develops, or if the Christmas movie should revive interest in Holmes. I'd like to see it again, if only for the scene where Charles Gray's Mycroft walks down the hall already explaining how he knows what Watson is going to see him about.

Oh! And "7%" was going to be Bernard Herrmann's next score after "Taxi Driver," but he died the morning after finishing the Scorsese project.

I did not know that. Herrmann is one of my favorite film composers.

I'd love to see them make a film out of the sequel to the story by Nicholas Meyer. And I'm not talking about THE WEST END HORROR. I refer to the book from the '90s, THE CANARY TRAINER. It's in Holmes's own narrative voice, and it's a direct sequel to 7% SOLUTION. It tells the Phantom of the Opera story from the orchestra pit, specifically, Holmes, travelling incognito has secured a job as a violinist during the events of the story. At last the truth can be told.

I wrote up some others I'd like to see at my screenwriting blog some time ago: 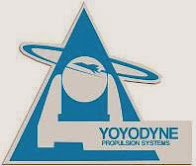 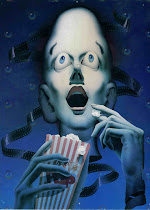